Is your running technique causing you injury or effecting your performance?

Running may seem like a simple activity, but when you look closely, people run very differently. Whilst many runners will argue over the ‘best’ running technique, research shows that the way people run can have an effect on injury, and often changes in technique can help with return to running after injury. So today I want to explain a little bit about how I assess running technique and describe some of the more injury-prone types.

Firstly, I want to start by saying that there is no ‘perfect’ running technique. Everyone moves differently, and therefore people will always run differently. There are quite a few myths out there about types of running, such as heel strike vs toe strike, and finding the optimal cadence (steps per minute). Each of these variables in running technique has to be taken into account for you and their injury. So, unfortunately, I can’t tell you if you simply change your running technique that it will solve all of your problems. However, research has found that there are more optimal features of running that will help to improve your efficiency. Some of these are:

Most injuries occur during the phase of running where the foot first lands on the ground and your body accepts the weight, also known as the loading phase/loading response. In this phase, we need to look at a few things. Most importantly, we look at the way the foot lands on the ground and how the body reacts to landing. There are different ways that the foot can land, such as heel strike, midfoot strike, and forefoot strike. Most people run with a heel strike pattern (~90%), with the remaining running with midfoot/forefoot strikes. There are no differences in injury rates for each of the foot strike techniques, so changing techniques won’t reduce your injury risk, and can often lead to overuse of other areas of the body.

There are some common problems seen in runners with injury in this loading response phase of running. I don’t want to overcomplicate things, so I’m going to outline the two most common errors that I will often see in runners with injuries. To do this, we need to have a look at runners from the side and from behind.

From the side, the biggest problem that I see in runners is ‘overstriding’. This refers to the foot landing significantly in front of the center of mass, more than what we would consider ‘optimal’. Overstriding increases the load on the ankle, knee, and hip. It means the body has to work a lot harder than it needs to in order to keep yourself upright, push yourself forward and continue running. Common features of overstriding include the foot landing far out in front of you, a fully extended knee with no bend, and an angle of the shinbone. The photo below outlines what I would describe as overstriding, with the two lines showing the point the foot lands on the ground and the center of mass. 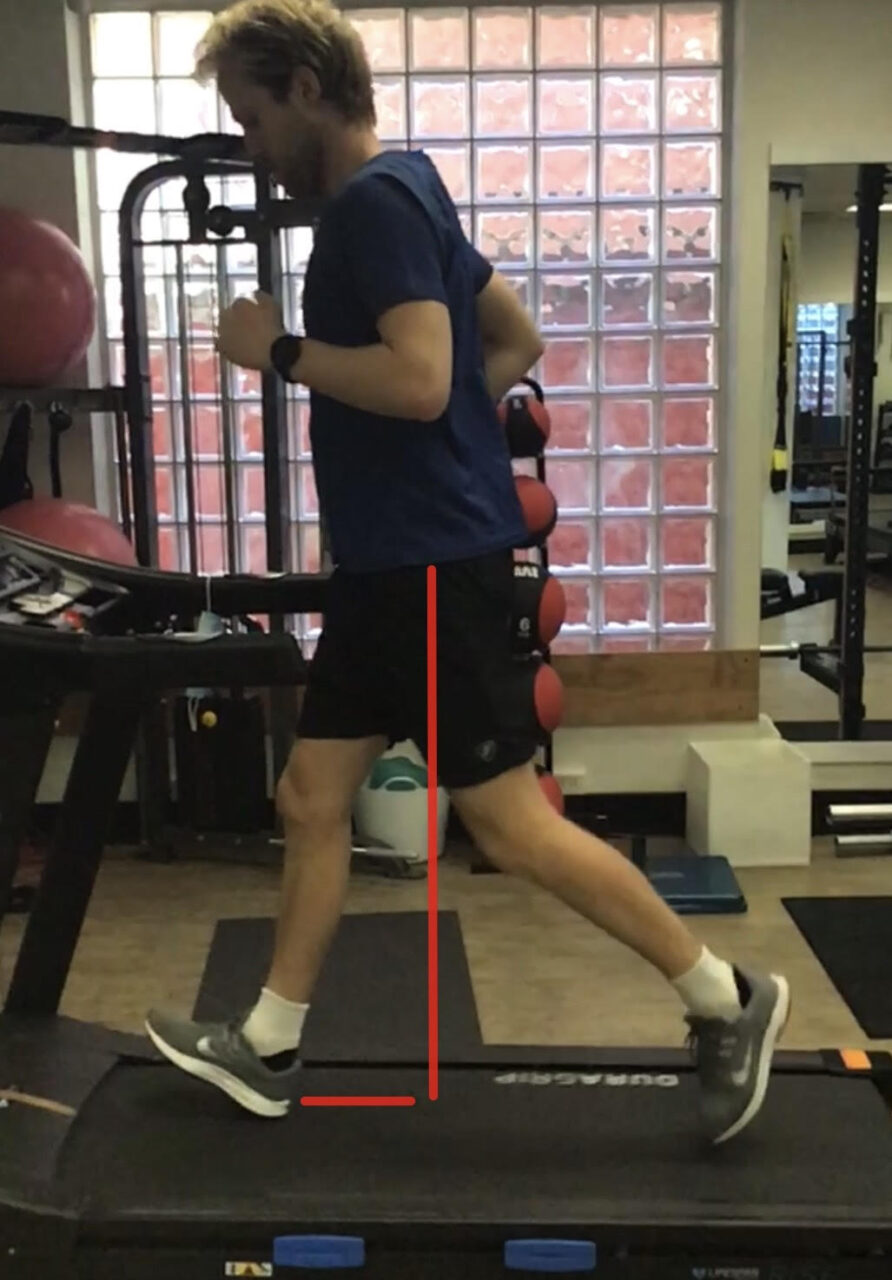 From behind, the most common error I see is a narrow step width where the knees often touch. If you look from behind, generally you should be able to see a gap between the knees as they swing past each other. This is called a ‘knee window’. Having the knees come close to each other or having the feet land very close to or across midline can significantly increase the demands of the knee and shinbone. If you often feel your knees touch during running, or your foot scuffs on your shin when running then it is likely that you have a narrow step width. This is often due to weaknesses in the hip and/or thigh. Using the cue to ‘not let your knees touch’ can help to improve your step width, but it will often need to be accompanied by appropriate strengthening for the areas of weakness in your body. 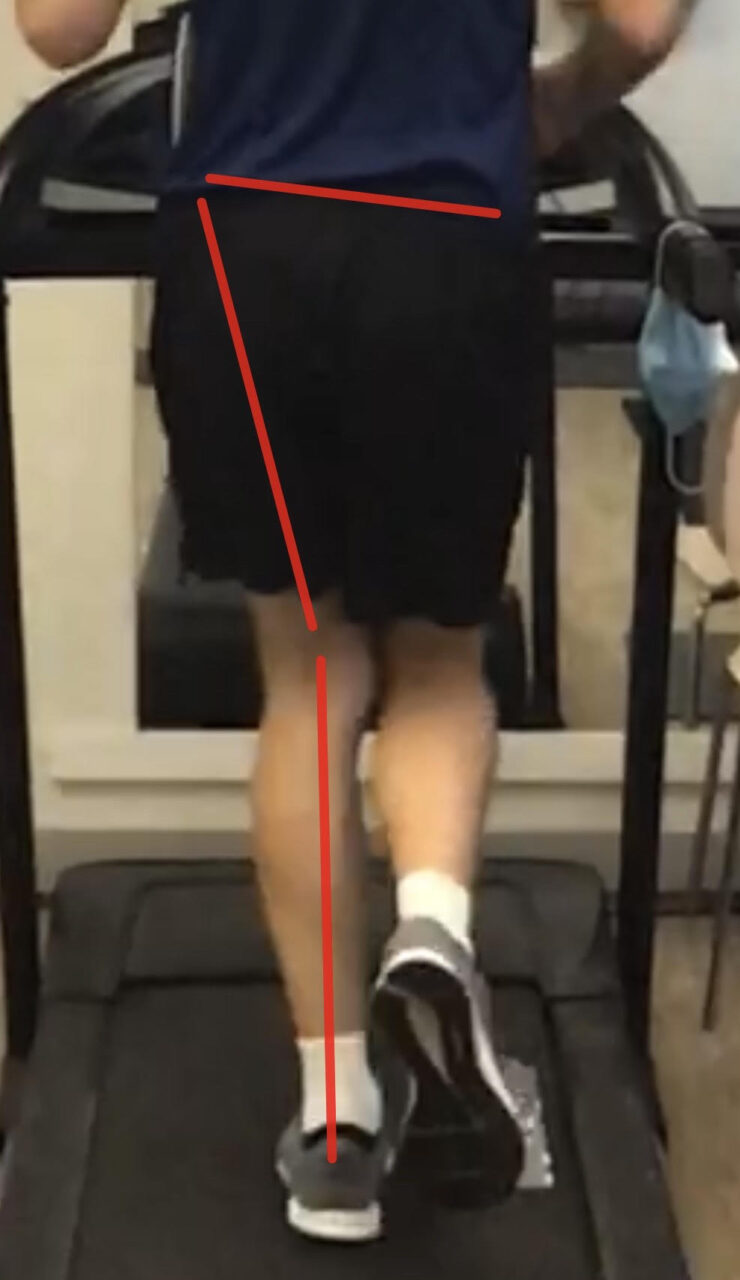 So all in all, there is no ‘perfect’ running technique, but differences in running can significantly change the demands on areas of the body, so changing this when returning from injury can significantly improve pain and performance.

If you need some extra support with your running injury or your running technique book an appointment with Tully our in-house running physio!